TBT: A Look Back at All the Yeezy Seasons Across the Years 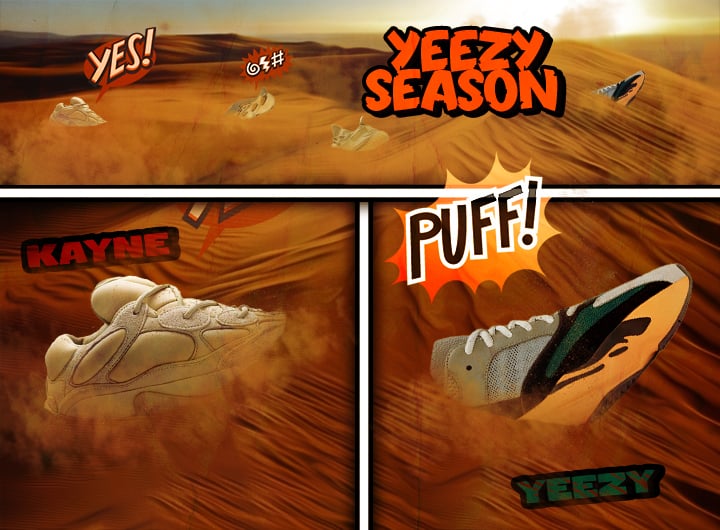 The year 2015 was the year of Kanye West. The year he finally got to express all his suppressed love for the fashion industry and his claim to fame. His sense of style and his all-in-all vision has always been questionable – to say the least. The Yeezy Seasons are unpredictable pieces with a strange type of allure.

So far, we’ve had 8 seasons in total! But, this year, Yeezy has been strangely MIA. perhaps focusing on branching out with different collaborations. Let’s take a look back at how each season went down!

The first of all the Yeezy seasons was the opening act for his collaboration with Adidas Originals. It featured sneakers, clothing, outerwear, and so much more. It also included the Yeezy 350s which were – without a doubt – the hit of the entire season!

Less than a year later, Kanye debuted the second Yeezy season but purely Yeezy. Although Adidas did sponsor the show, the Three Stripes was not a part of it. He continued with the military color scheme as he did in Season 1. Also, not everyone was happy with him debuting this season at NY Fashion Week. Smaller designers found that his presence detracts attention from their work.

The models went on what seemed to be a real-life drill as they were called out in groups of four. Just like being commanded to march!

As the momentum of the Yeezy seasons grew, there had to be something to bring it all crashing down. And that would be Yeezy season 4. The event took place in Franklin D. Roosevelt Four Freedoms Park in New York City on an outdoor stage. Mind you, it was an 85-degree day. There was a long and dramatic delay, models fainting through the pre-show delay, and others stumbling on their heels! Rumor has it that some guests even received their invites at 4:40 AM. In other words, it was a literal shitshow.

Thankfully, season 5 made things better! No models fainted under the scorching heat, and there were no delays. It was actually very professionally executed and Kanye actually showed up on time! It featured heavy sportswear influence and Western-inspired silhouettes. 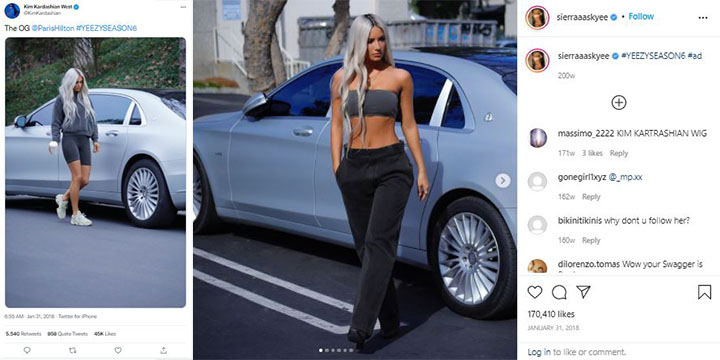 Here’s where things get interesting for the Yeezy season. Season 6 did not feature a live showcase or a runway. A completely different marketing stunt took place on social media in the smartest way ever! The campaign feature replicated paparazzi shots of Kim Kardashian in Calabasas but with a twist! A-list Hollywood celebs like Paris Hilton, Amina Blue, and more copied Kim’s looks. Then, they plastered them all over social media platforms. Definitely one of the greatest marketing stunts in history! 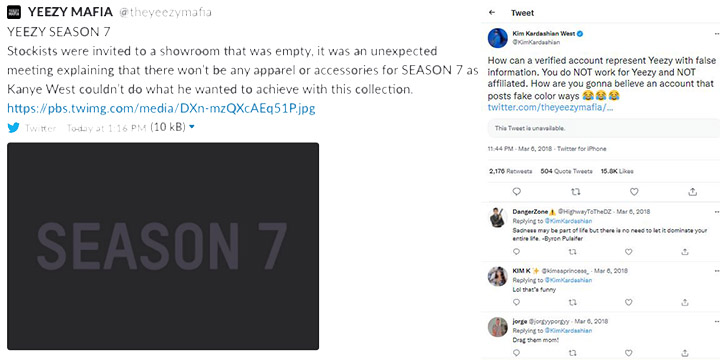 Next, Season 7 – the most low-key season ever. It used the same marketing stunt as season 6 with the focus on Kim Kardashian herself. It focused more on the athleisure line with bold and bright colors. But, the most dramatic thing about this season was the beef between Kim K and the YeezyMafia. YM claimed that brand buyers and stockists were invited to an empty showroom. And, they also said that this was because Kanye couldn’t execute his ideas. Kim K instantly clapped back saying that YM couldn’t be trusted. Big mistake on their part!

Also, they apologized and retracted their saying, naturally.

Finally, Yeezy season 8 – the last one so far of all Yeezy seasons. It happened in an off-schedule runway show at the Paris Fashion Week with invitations that included “rattlesnake eggs”. The collection included only 18 pieces with no menswear whatsoever. It was a post-apocalyptic athleisure type of situation – jackets, puffers, bras, and windbreakers. And, of course, they all came in the usual muted green, yellow, and beige colorways.

BUT, this time, it included a graphic tee with artwork of an angel giving blessings. This was all part of West’s emphasis on religion. However, the best part of the show had to be North West! She closed the show by singing a rendition of ZaZa’s “What I Do”. That kid’s going places, for sure!