And Air Force 1 University Gold is on Virgil Abloh’s Sneaker List, Next 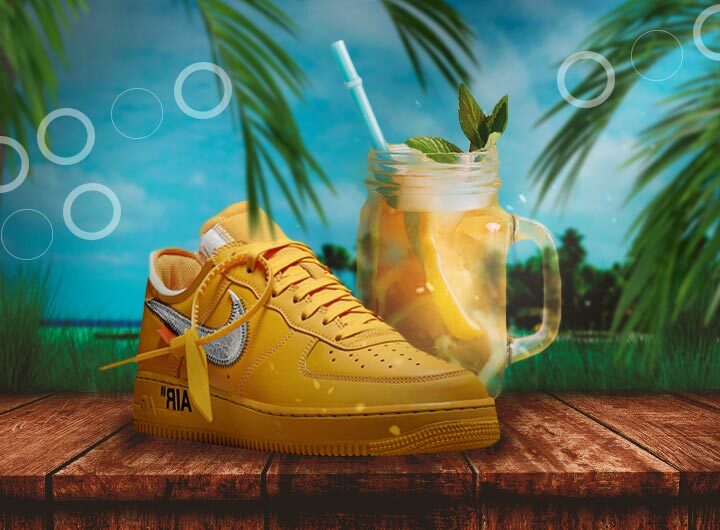 A long-teased Nike shoe seems to be arriving soon, in collaboration with one and only legend: Virgil Abloh. After his collections of 10, 20, and now 50 pairs, we thought he was onto another big-number drop of shoes. But that doesn’t seem like it’s the case, fam. And just when we thought he’s too busy cooking up his “50 Collection”, he surprises us with an all-new Yellow off white air force 1. Even though this announcement is somewhat vague and opaque, but it doesn’t really matter as long as it’s happening fam. That’s all we care about.

Yellow off white air force 1: The Pair Following the “50 Collection”

Virgil recently asked his fans on Twitter what they’d like to see for his future Off-White x Nike projects. And so, it appears that he will be sticking to a familiar silhouette for at least this next shoe. The Yellow off white air force 1 was first teased all the way back in May 2020. Rumors about this pair also stated that it would release in line with the opening of Abloh’s exhibit at ICA Boston.

Now it’s official that this Air Force 1 University Gold/Lemonade pair is dropping soon. When exactly? No idea. But what we know is that it will don a “University Gold/Metallic Silver” color scheme. The entire shoe is dressed in a gold yellow hue, and not just the uppers. This bold color hits every single part of the pair, including the midsoles. The only detail that isn’t yellow about this Lemonade shoe is the Swoosh that’s dressed in glittery silver.

More About the Looks of this Lemonade Air Force 1

The “Lemonade” Air Force 1 really mimics Abloh’s previous AF1. The colors on this shoe are fun and all, but that’s not what’s cool about these Yellow off white air force 1’s. Other than the dope deconstructed look of the shoe, we love the signature Off-White branding throughout this shoe. More awesome details include exposed stitching, orange tabs, Helvetica branding, signature zip-tie, and exposed cushion tongues. Abloh made a pair especially for LeBron, where he personalized it by writing on the shoe with a black Sharpie. He wrote “LEBRON” next to the “AIR” branding on right lateral midsole, “BLACK LIVES MATTER” alongside the “AIR” branding on the left lateral midsole, and “VIRGIL WAS HERE” on the left medial midsole. Finally, the word “SHOELACES” is also printed on the yellow laces, wrapping up the design of this Air Force.

Off-White’s “Lemonade” Air Force 1s are dropping any day now, and we literally can’t wait. This is one of these drops that you’d be crazy if you miss. Well, there’s a reason why Abloh is one of the highest-paid sneaker designers in the game. So, if you don’t get yourself at least one of his shoes, you’re plain unlucky. But you CAN get lucky if you use the right tools to cop these Air Force 1 University Gold Nikes. How? Well, other than setting up your best All in One bot, you need to get you some good proxies and kick-ass servers. That’s the perfect combo in order to become the sneaker reseller of your dreams.

We urge you to cop this pair, fam. It’s probably gonna be one of the best shoes to resell this year if you want tons of cash in your bank account. You can never go wrong with an Abloh collab. So mark your sneaker calendars and trust us on this one, fam.